Vojvodina Football Club attended the celebration of 30 years since the founding of the Football Association of the Republic of Srpska.

At the ceremony at the Ceremonial Academy in Banja Luka, the director of the Ilija Pantelić Youth Academy, Duško Grujić, greeted everyone present, gave the hosts gifts as a sign of attention and thanked on behalf of the club and FK Vojvodina president Dragoljub Zbiljić.

– It is a great honor and pleasure for us to be a guest of such an important jubilee as a club. On behalf of President Zbiljić and FK Vojvodina, we thank you for the invitation and hospitality. FK Vojvodina will always be there to help and participate in joint actions with FA of Republic of Srpska – said the director of the Ilija Pantelić Academy, Duško Grujić.

That the satisfaction is mutual, is also confirmed by the thank you letter from the FA of Republic of Srpska, who pointed out that Vojvodina “more than any other club from Serbia has always been there to help and protect mutual relations”.

Among those present at the solemn ceremony in Banja Luka were, among others, the coach of the Serbian national football team Dragan Stojković, the general secretary of the FA of Vojvodina Miodrag Cvijić and many others. 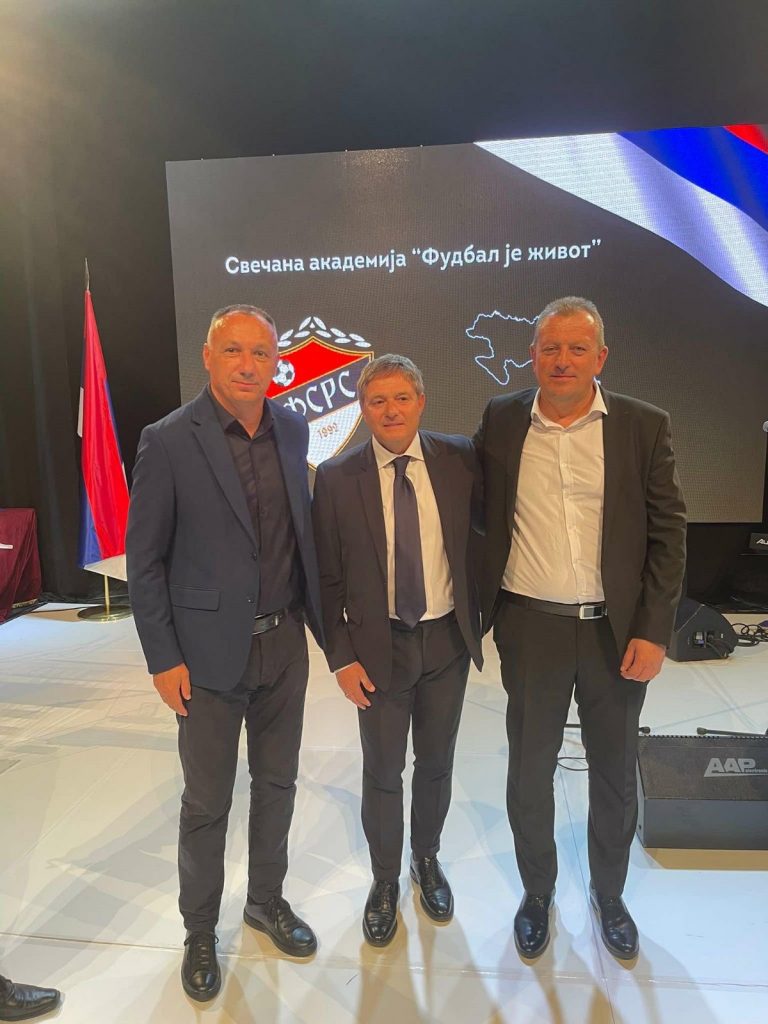