Vojvodina Football Club today received a commendation with a golden coat of arms from the municipality of Krupanj as an expression of gratitude for all that the Old Lady did for the development and promotion of sports in this municipality.

Krupanj today commemorates Municipal Day, as the day when this place was officially liberated from occupiers in World War II. On that occasion, in the great hall of the municipality of Krupanj, a session of the Municipal Assembly was held today, at which the commendation with the golden coat of arms was handed over to the Vojvodina Football Club, as well as to the member of the Board of Directors of FK Vojvodina Nikola Vasiljević, originally from Krupanj, in gratitude for his personal contributions and everything he has done to develop this municipality.

The commendations stated that they had been awarded “in recognition of public and special social recognition for the proven merits of work and creativity and for the results achieved in activities of general importance for the development of the municipality of Krupanj”.

At the end of 2016, after the terrible floods that hit the area, Vojvodina Football Club played a friendly game in Krupanj against the local team Rađevac, and on that occasion donated a certain contingent of sports equipment to this club, while part of the sports equipment was donated to FK Rađevac this year too through the member of the Board of Directors of FK Vojvodina Nikola Vasiljević.

Beside him, today’s Assembly of the Municipality of Krupanj was also attended by Vojvodina’s President Vojislav Gajić and Sports Director Nikola Lazetić, who thanked for the commendations received and pointed out that Vojvodina Football Club, as one of the oldest and most successful clubs in Serbia, is always pleased that, to the best of its ability, assist clubs in need and thus contribute to the overall development of football in our country. 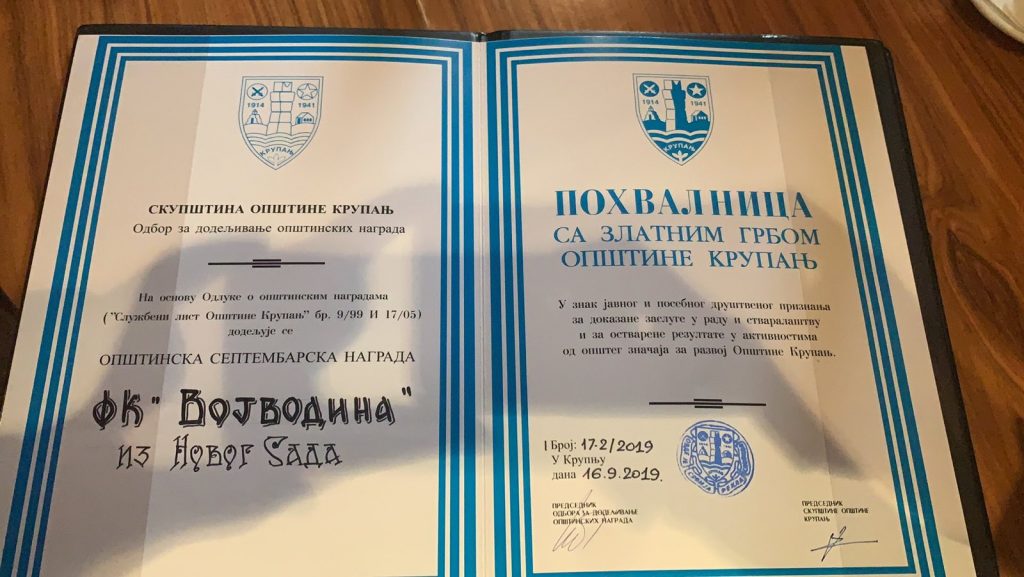 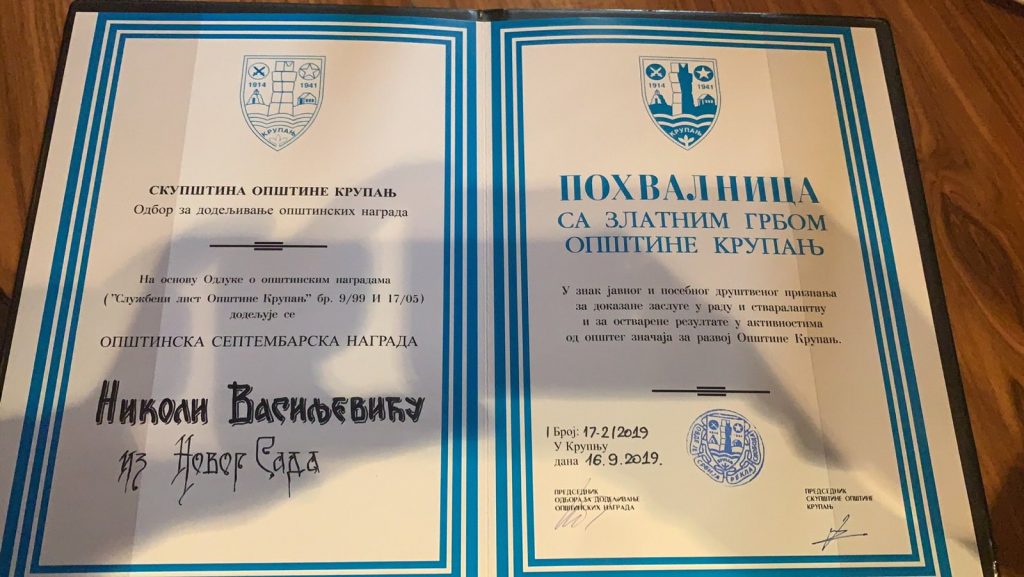 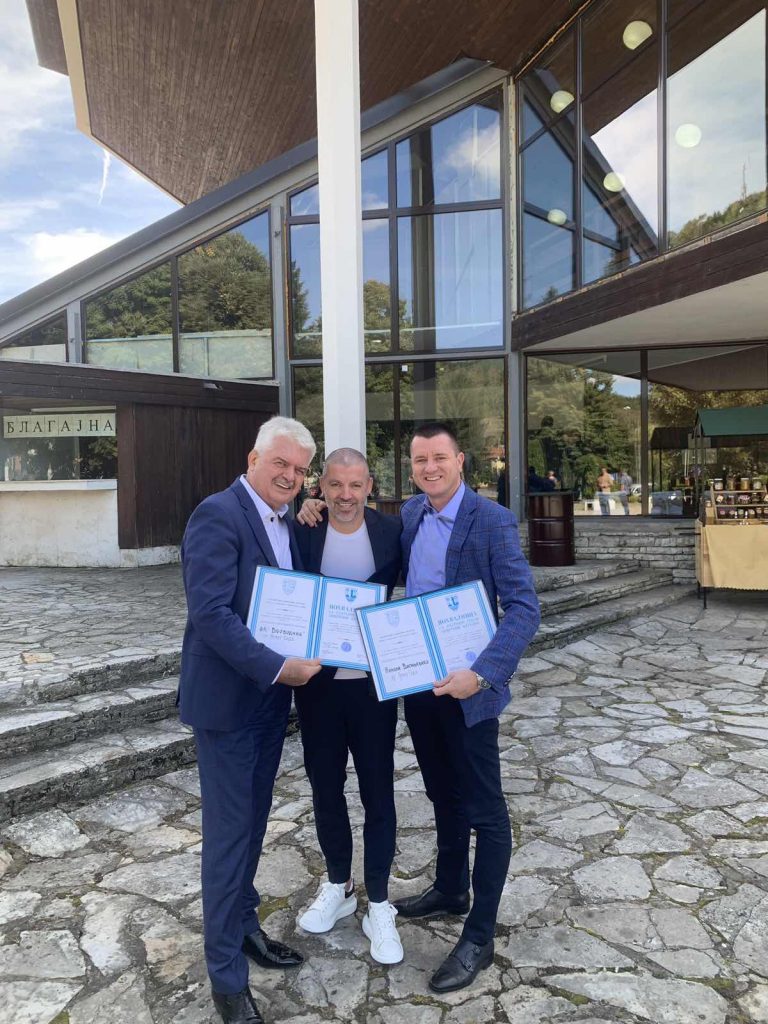