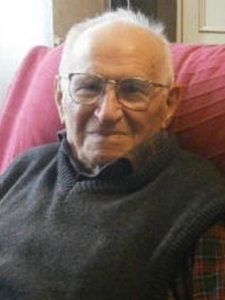 Radomir Krstic (1927 – 2017) is a true legend of the Vojvodina Football Club and a man who, with 613 appearances in a red-and-white jersey, is the record holder for the number of games played for the “old lady”.

He was born on November 23, 1927 in Begeč, the same place as Vujadin Boskov, his later teammate in the first team of red and whites. He started playing football in 1940, when he joined the “dwarves” of Vojvodina, and later he performed for the Backa from Begeč during the Second World War. Unfortunately, from May 1944 to May 1945, he was imprisoned in a wartime prison camp. He rejoined Vojvodina after liberation, even though he debuted two years later, in 1947.

He played in the left-wing position and by 1959 he managed to score 39 goals. Given that in the 1950s in the team of Vojvodina there was another Krstic, Dobrosav, Radomir Krstic was often referred to as Krstic I in the news reports, and Dobrosav Krstic (with whom he was not related) as Krstic II.

In addition to being a successful footballer, Radomir Krstic also worked on his education, so he graduated from the College of Pedagogy in Novi Sad, and then he completed the Higher Coaching School. Immediately after completing his career in 1959, he began his coaching job in Vojvodina, and later served as the technical director of the club.

He won the diploma of the award-winning footballer of Vojvodina, Serbia and Yugoslavia, and in 1986 he was awarded the Spartak Prize. He died on December 2, 2017 in Novi Sad.