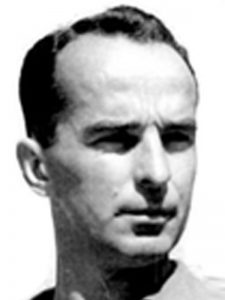 Branko Stankovic (1921-2002) was the coach of the first championship generation of Vojvodina from 1966 and the generation that won the Central European Cup in 1977, which enrolled him with golden letters in the long history of the club.

He came to Vojvodina in 1964 on the invitation of the technical director of the club Vujadin Boskov and in the next three seasons he participated in creating the brightest moments in club history. Leading the team in the 1965/66 season, he won the first title for Vojvodina in the supreme way, and he came to the quarter-finals of the European Champions Cup next year with red and whites, which to date is the biggest international success of the Old lady.

After three years, he left the position of Manager of Vojvodina, but returned to it again at the beginning of 1977. At the end of that season, he managed to win the Central European Cup, thus enrolling in club history as coach who brought the first, and for now the only international trophy in club showcases. He left Vojvodina a year later, when he again went abroad, and during his long and rich coaching career, he led clubs such as Porto, Fenerbahçe, Besiktas, AEK, PAOK, Aris, Red Star, Zeljeznicar, Olimpija etc, with whom he won a total of seven trophies. He was also the coach of the Yugoslav national team that won the second place in the European Championship in 1968.

He was known as a great gentleman, who always adhered to fair play on the ground and as a proof for that is the invitation which he received from legendary former England teammate Stanley Matthews for a ceremony organized by the Football Association of England on his 80th birthday. This invitation, legendary Stanley Matthews explained with the following words:

“When the game starts, we get to know our direct rival after about 10 minutes, similar like boxers in the ring. I immediately saw that Stankovic was an extra-class player. My chance was that the pitch was slippery and I was much easier and I could use my dribbling with the upper part of the body. And then I met the most straightforward rival in my career. At no time, the gentile Yugoslav did not reach for the sharpness, with its great strength or rudeness. He ruled with himself and the situation. My desire was that such a knight of football be my guest, to increase the celebration, “said Matthews.

He played 61 matches for the national team of Yugoslavia and was a member of the team that won a silver medal at the Olympics in 1948 in London and in 1952 in Helsinki. He died on February 20, 2002, in Belgrade.