Today, the player of Vojvodina, Dejan Zukić, extended his contract with the Old Lady until June 2024.

Zukić is a child of Vojvodina, he passed all the younger categories, and in December last year he became the youngest player with 100 matches played in the Old Lady’s jersey. Zukić reached that jubilee when he was only 20 years and seven months old.

At today’s conference, in addition to Zukić, the president of FK Vojvodina Dragoljub Samardžić and a member of the Board of Directors Ljubomir Apro also addressed the audience.

– This is a solemn day for our club and another confirmation that young players are happy to stay with us. It is a return to the well-known philosophy that Vojvodina deals with young players and thinks of its children. We are returning the famous DNA of our football club and we are very pleased that we have agreed on a new contract with Dejan Zukić. We signed a new contract and in that period, Zukić will have the opportunity to show everyone that he deserves to be the leader of Vojvodina, but also a member of the Serbian national team. I sincerely wish him a brilliant career and that we rejoice together in the successes of Vojvodina – said the President of Vojvodina Dragoljub Samardžić.

Member of the Board of Vojvodina Ljubomir Apro announced that, after Zukić’s, more important signatures in the first team of the Old Lady.

– It is a pleasure to be here today and it is a great thing for us that Zukić signed a new contract, and we hope that he shares that opinion. In the coming days, we expect to extend the contract with several more young players, which we want to show that we are seriously counting on them. We want to use their great potential to achieve our primary goals, which is placement in Europe. I hope that Vojvodina will succeed in that, because this club deserves it. After so many years, Vojvodina is a financially stable club, it does not owe anyone anything and that is a precondition for us to be able to achieve the goals that are in front of us – said Ljubomir Apro.

Dejan Zukić is also overjoyed with the extension of cooperation and pointed out that he wants to make even more progress and leave an even deeper mark in Vojvodina.

– I want to thank the club’s management for this trust and such words. I am very happy that we agreed on all the details in a short time and we easily agreed on the extension of cooperation. I think that during the previous two years I did not show all my potential and that is why I wanted to stay, to continue to grow and build myself as a player, and as a person. I want Vojvodina to be the one to launch me towards Europe, but first to leave an even deeper mark here. I will do my best for the Vojvodina jersey and I am honored to stay – said Zukić. 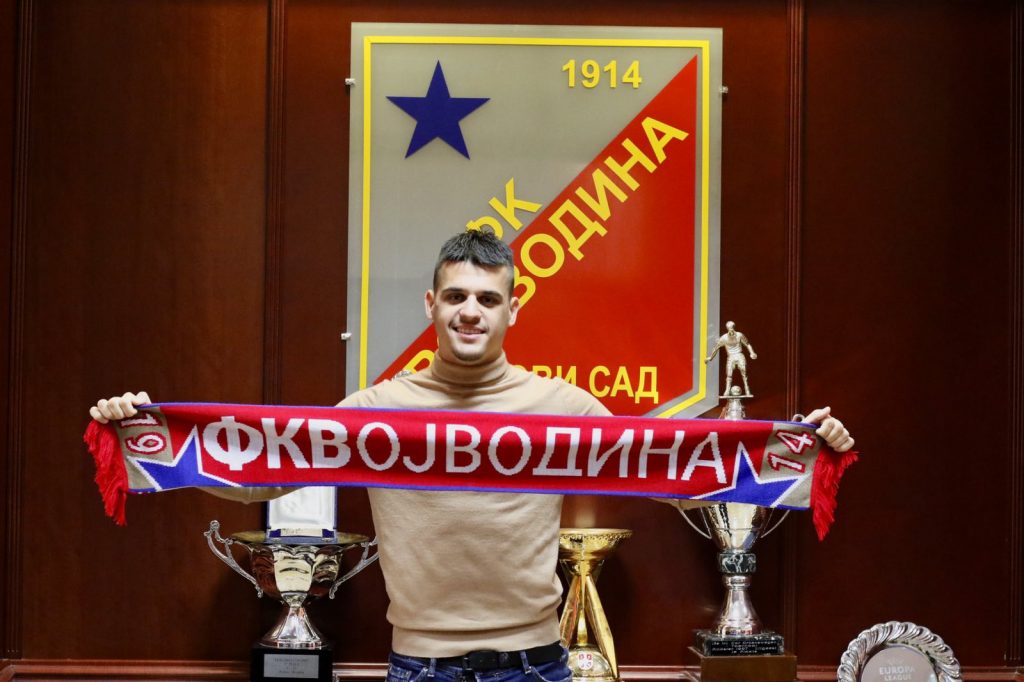 On this occasion, Zukić also praised several members from the younger categories of the Old Lady, who could soon follow in his footsteps.

– As one of the leaders of young players in the first team, I know how it was for me when I entered the first team, and that is why I want to praise some players, members of our U-19 and U-17 team. Those are Abadžija, Drobnjak, Ivanović, Jelenković, who has already joined the first team, and from the 2005 generation we have Milošević and Majstorović, who are already at the level of players from the biggest European clubs – Zukić pointed out.