Former right back of Latvian Liepaja, Milan Lazarević, has returned to FK Vojvodina.

Lazarević was born on January 10, 1997, and he arrived in Voša after the expiration of his contract in Liepaja. He is a child of the Old Lady, he spent as many as seven years in the younger categories of Vojvodina, and now he has signed a contract for two and a half years.

– Home is always the most beautiful, I return to the club where I grew up and spent seven years. I am happy that our paths have reconnected, I will do my best to justify the trust now and to show that I have matured as a player, and as a person. I will do my best to help Vojvodina achieve the set goals – said Lazarević.

Lazarević was a member of the youth categories of Vojvodina, and before joining the first team, he played on loan in Proleter. He played for the first team of Vojvodina in the 2017/18 and 2018/19 seasons, and in the winter of 2020 he left the Old Lady and strengthened Rad. After a year and a half in Rad, he moved to Liepaja.

– I was in Rad for a year and a half, and in that period I made a lot of progress, because I got the chance to play in every game. I gained a lot of experience there, because every game was like a final, in the fight for survival. I went to Latvia, to the club that is at the top of the table, I experienced what it means to be abroad, but it is best to be at home – Lazarević pointed out. 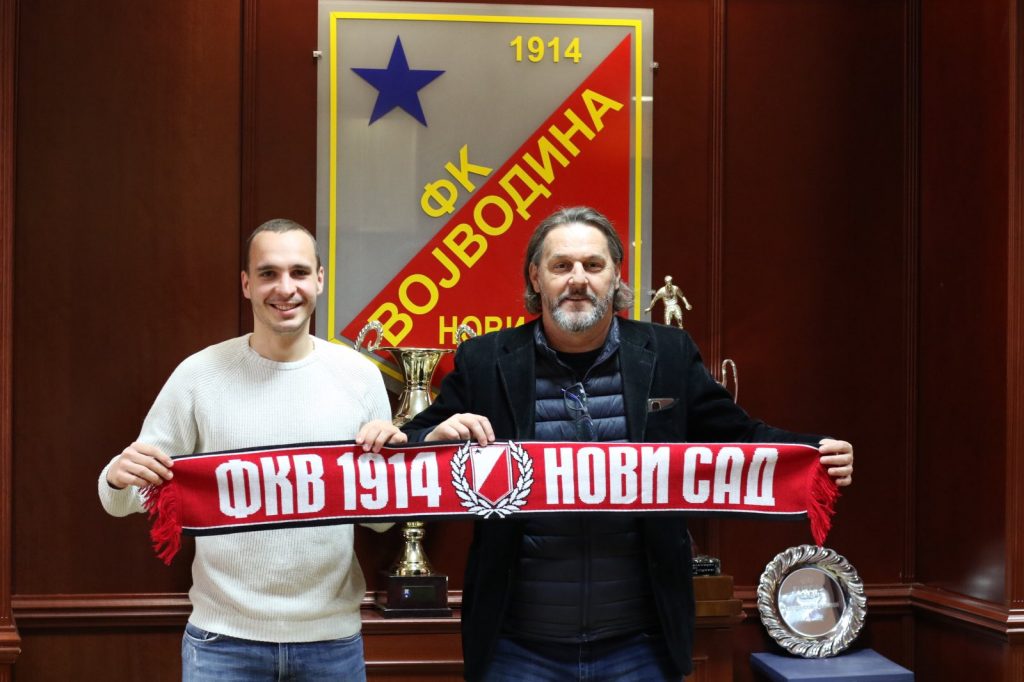 He praised the quality of the team and pointed out that everyone in the club welcomed him with open arms.

– The public was too critical at the beginning, but I know these guys and they brought Voša to the fourth place that leads to Europe and I think we deserve it and we will stay there until the end of the season. I only have words of praise for everyone in the team, the coaching staff and the club, if it were not so, I would not agree to return. I would like to win the Serbian Cup and qualify for Europe, I am sure that the team has the necessary quality and talent to achieve that – concluded Lazarević.