Skip to content
Home/News/Rastavac: All the strength to win against Partizan!

Rastavac: All the strength to win against Partizan!

Vojvodina coach Milan Rastavac is looking forward to the upcoming derby with Partizan.

After a two-week break, the Old Lady visits Partizan in the 13th round of the Mozzart Bet Super League of Serbia.

– I have to say that we are looking forward to Sunday’s game, which brings with it a certain weight and specificity, which in my opinion is very beautiful. We are going to play against a great rival whom we respect, and on the other hand, we also have our ambitions to assert ourselves as a serious competitor in a competitive game. I am especially happy that we have all the players available and that we used the period behind us to prepare for this and the next games. There is not much to say about Partizan. It’s a good team that has had its ups and downs. They have playing potential, which makes them justifiably aspire to the top, but they also have their weaknesses, which they have shown in certain games, which shows that they are not invincible. We have to play manfully, competitively and with quality, in order to impose and take advantage of Partizan’s flaws – said Rastavac.

He agreed that Partizan plays under pressure and the imperative to win, especially after being eliminated from the Serbian Cup by Radnički from Sremska Mitrovica.

– We all know that the imperative brings with it something special and we will see how Partizan will respond to that “must”. What definitely does not suit Partizan is when it does not have complete control of the game. When they control their attacks and how many players they have to defend with, they are much more dangerous. That’s why we have to break that control, force them to defend more often and reduce the number of counter opportunities, because they are dangerous there primarily through Diabate. Partizan likes to have fast attacks, it is the most dangerous from them, and that’s why we have to shorten the space. We must also highlight Natho, who we must not allow to play the whole team – said Rastavac.

The coach of the Old Lady underlined that during the break he was preparing more for all the following games, than just for Partizan.

– We were not preparing for the match with Partizan, we were preparing for the games after the break. We focused on those things that we wanted to fix in our game and take it to a higher level. That general approach is something that Vojvodina lacked in some previous period. We are the most important to us. Red Star, Partizan, Čukarički, TSC, they are all opponents that are important to us, but we need to deal with ourselves and how to be better. I believe when we are at a good level, because then it is much less important who we play against. The match with Partizan will not change our approach and way of playing – emphasized Rastavac. 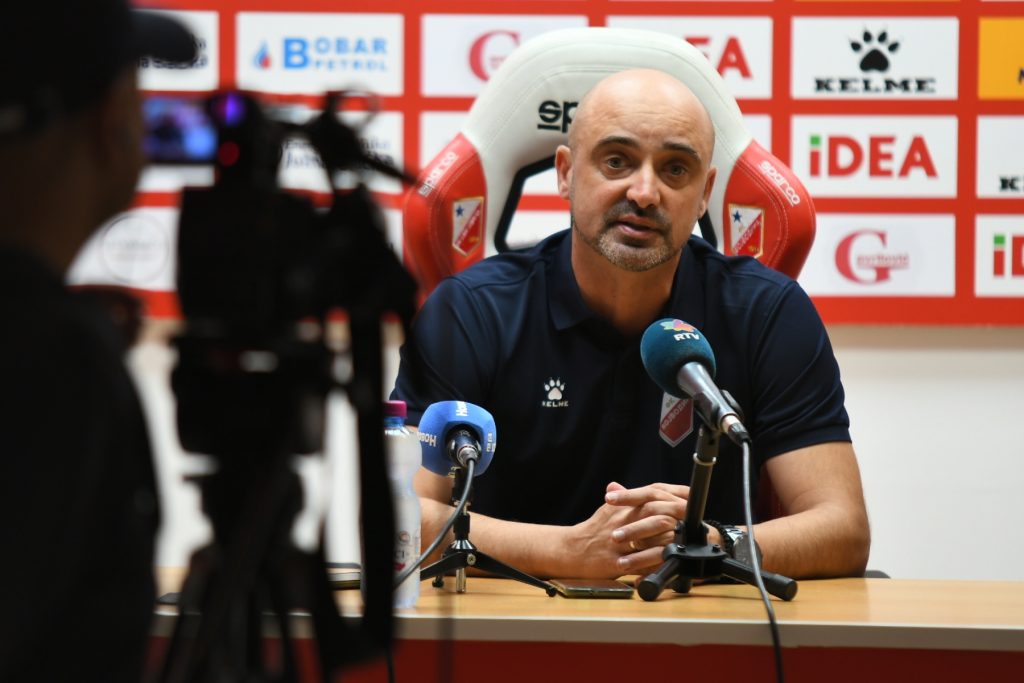 He believes that between this summer and today, Vojvodina has made a significant step forward and that the fact that Partizan won in all four meetings last season will not affect this match.

– There was this problem, that Vojvodina had something negative that it carried with it, and my impression is that we leveled it and that we are clean in front of us. Also, statistically speaking, Vojvodina lost 13 games in the second part of last season, and we played 18 or 19 games in total, with friendly matches, and we have one loss, so we leave all those negative figures from the past behind us – says Rastavac.

To have all the players available and play them during the breaks or to have national team members in the team, Rastavac always votes for the latter.

The match Partizan – Vojvodina is scheduled for Sunday at 7 PM with a live broadcast on Arena Premium 1.