Skip to content
Home/News/Simić and Nemanja Nikolić for a turnaround and 1/4 finals of the Serbian Cup!

Simić and Nemanja Nikolić for a turnaround and 1/4 finals of the Serbian Cup!

Vojvodina qualified for the quarterfinals of the Serbian Cup after tonight it defeated Mladost GAT with a score of 2-1.

The scorers for Voša were Simić in the 86th minute and Nemanja Nikolić in the 90th minute. 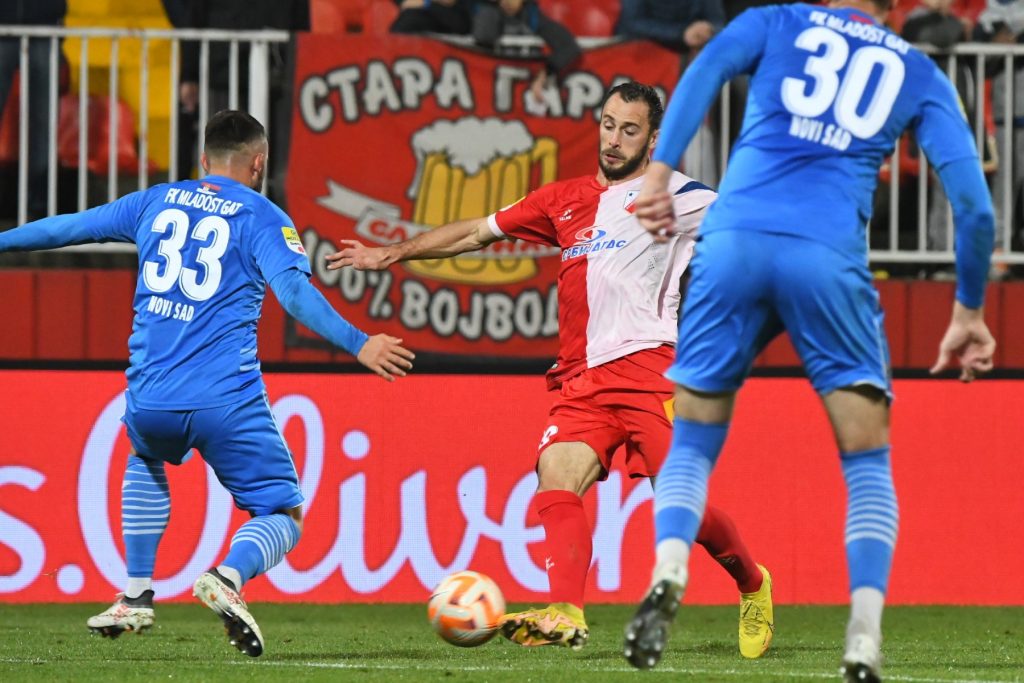 Vojvodina had the first chance of the match, after a counterattack in the eighth minute, Baraye played past Malbašić, who came out alone to the goalkeeper Knežević, who read his intention in the attempted lob.

Mladost GAT entered the penalty area of ​​Vojvodina for the first time in the 13th minute and won a penalty. According to the referee, Milosavljević blocked the shot towards the goal of Carević with his hand and had no hesitation in pointing to the penalty spot. The responsibility was taken by Arsić, who hit the left corner of goalkeeper Carević with a strong shot for 0-1.

After conceding the goal, Voša returned the center of gravity of the game to the opponent’s half and started a new offensive, and the first subsequent attempt was made by Baraye, who shot from 18 meters in the 22nd minute, goalkeeper Knežević was on the spot.

Before going on a break, Voša had several more good opportunities. First, Čumić shot over the goal from a free kick in the 33rd minute, and then Simić and Malbašić were inaccurate. In the 42nd minute, Voša was the closest to the goal, Simić created the best chance for himself with a fake, shooting directly at the goalkeeper Knežević from close range. 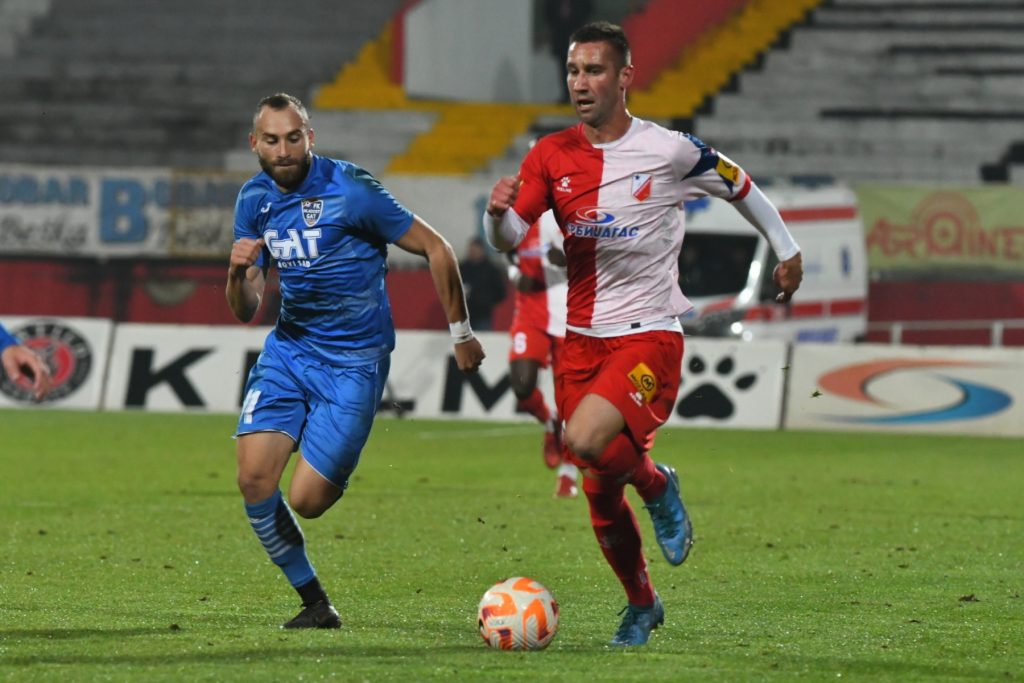 Voša continued to attack from the beginning of the second half, and in the 54th minute, Milan Rastavac decided to refresh their offensive forces, so Nemanja Nikolić and Dejan Zukić replaced Čumić and Milosavljević, and since that did not bring improvement, in the 66th minute he entered Uroš Nikolić and Vukčević instead of Traore and Malbašić, which meant a total offensive of the home team.

In the 86th minute, Voša managed to equalize, Zukić played an excellent heel to Simić, and Simić beat the previously invincible Knežević with his left foot from the post for 1-1!

In the 90th minute, the home team turned it around with a goal by Nemanja Nikolić! His namesake Uroš shot sharply from a free kick from 20 meters, Knežević deflected right to the foot of Nikolić who scored for 2-1 and took Vojvodina to the quarterfinals of the Serbian Cup!