Skip to content
Home/News/Voša drew with Spartak in Subotica

Voša drew with Spartak in Subotica

Vojvodina drew away in Subotica with Spartak with the result 2-2 (0-1) in the fifth round of the Serbian Super League.

Vojvodina took the lead with a goal by Veljko Simić in the 33rd minute, Spartak turned it around through Marčić in the 51st and Srećković in the 62nd minute, and the final 2-2 was set by Stevanović in the 68th.

Coaches Vladimir Buač and Slavoljub Đorđević took the following lineups on the pitch:

At the very beginning of the game, there were not many opportunities. Spartak had a milder initiative, while Voša threatened from the counter. The most dangerous was Veljko Simić, who was quite inaccurate from the first attempt, as he sent the ball far over the goal from 15 meters. However, in the 33rd minute, he was in the right place. Cucin threw the ball, Čović slipped and passed it to the box, and there Simić waited for the ball and scored for 0-1. 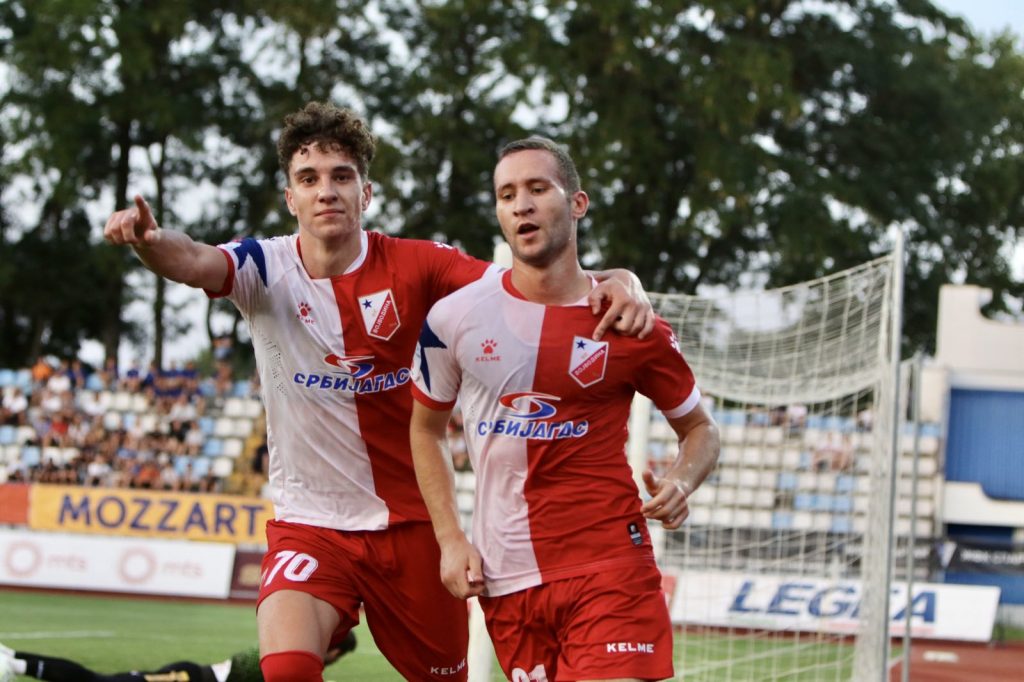 Spartak continued to play offensively, and by the end of the first half, Furtula had the best chance with a header, but the ball went over the goal.

At the beginning of the second half, Spartak was even more specific and crowned the offensive with a goal in the 51st minute when Tufegdžić did most of the work, with a solo breakthrough on the right flank and returned the ball for Marčić, who easily scored for 1-1.

Only 11 minutes later, Spartak reversed the result. Srećković ran on the left side, put the ball in the middle and hit the far corner for 2-1.

Only after the second received goal, Voša started to attack, and Vukadinović, who replaced Novevski at half time, was the most dangerous. He made the first shot, but the Spartak defense reacted well. In the 68th minute, Vukadinović forced a foul on the right side, and after the free kick, Stevanović was the highest in the air and scored with his head for 2-2.

After that, the match flared up on both sides, and several more attempts followed in front of both goals. Vukadinović had another good chance, but he shot over the goal, while Spartak asked for a penalty after one counter, but there was no call from the referee.

In the 83rd minute, Spartak was the closest to the third goal. After a cross from the left, Todorovski hit the ball, but he sent it next to the goalpost.

In the last minutes of the match, Vojvodina was left with a player less, since Cucin knocked down Srećković, and the referee showed him a second public warning and an automatic red card.

There was no change in the result in the finish. Vojvodina and Spartak were left with five points each, with the Old Lady having a match less.