Skip to content
Home/News/Voša’s second draw in Belek, but the game is getting better!

Voša’s second draw in Belek, but the game is getting better!

The players of Vojvodina drew 1-1 with the Russian Akhmat in the fifth control game of the preparations in Belek.

Jeličić scored the only goal for Vojvodina in the 75th minute. 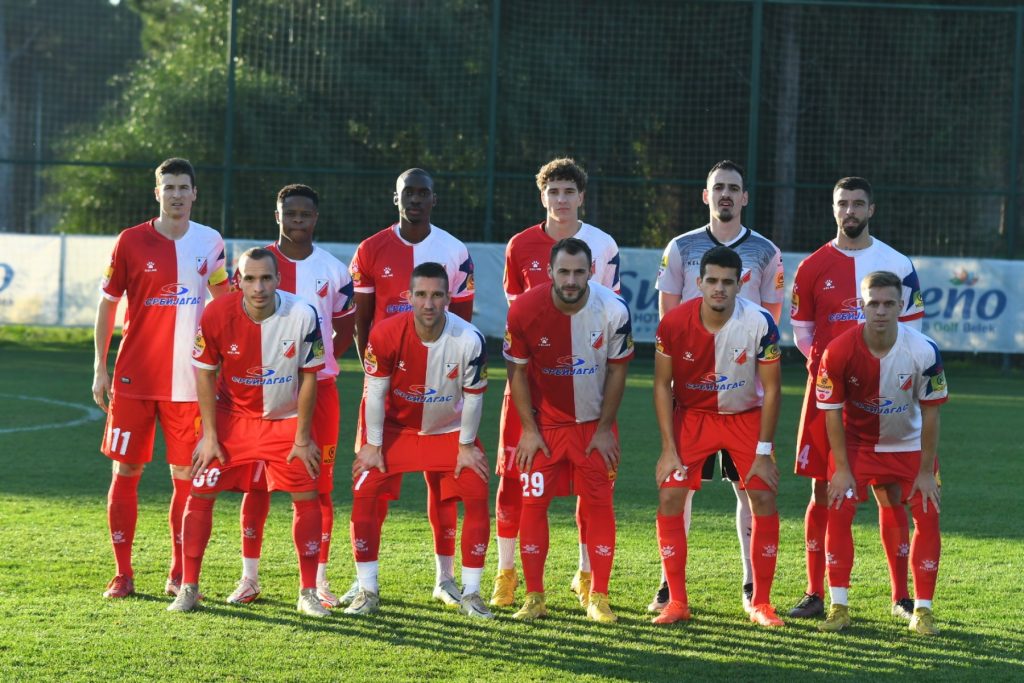 Although Akhmat did not create many chances, it managed to score the only goal in the first half, the scorer being Šatara after a corner kick in the 16th minute.

The teams initially fought in the middle of the field, without any major excitement in front of the goals until the 16th minute when Akhmat took the lead after a corner kick, Šatara was in the right place and headed Nikola Simić’s lower left corner. Vojvodina had its first real chance in the 28th minute when Zukić pulled the ball from the center and then timely passed it on the right side to Kabić, who aimed the first corner and hit the outside of the net.

Voša still kept the rival away from the goal, it played high in the half of the field, and it had the next chance in the 37th minute, when Traore headed over the crossbar after a free kick from the right side.

Vojvodina came closest to the goal in the 44th minute, after a coordinated action on the left side, Đorđević sent an excellent cross into the box, Malbašić headed directly at the goalkeeper.

Akhmat had the first good chance in the second half, in the 53rd minute, Agalarov hit the post, from which the ball bounced into the hands of Nikola Simić.

At the end of the game, Uroš Vitas got into a fight with one Akhmat player, and the referee decided to show him a red card. However, Voša was not left with one less player, as in the agreement between the clubs, in case of expulsion, another player was allowed to replace him, and that was Igor Jeličić.

In the 69th minute, Akhmat had a great chance, Divanovich was left alone in the penalty box and shot over the crossbar from about 12 meters. Voša retaliated only a minute later, Zukić brought the ball nicely into the middle and shot from 18 meters with his left foot past the post.

In the 72nd minute, Vojvodina had the best chance in the sequel, Lazarević cut in on the right side, received the ball and ran past the keeper, and then shot from a difficult position diagonally just past the post. 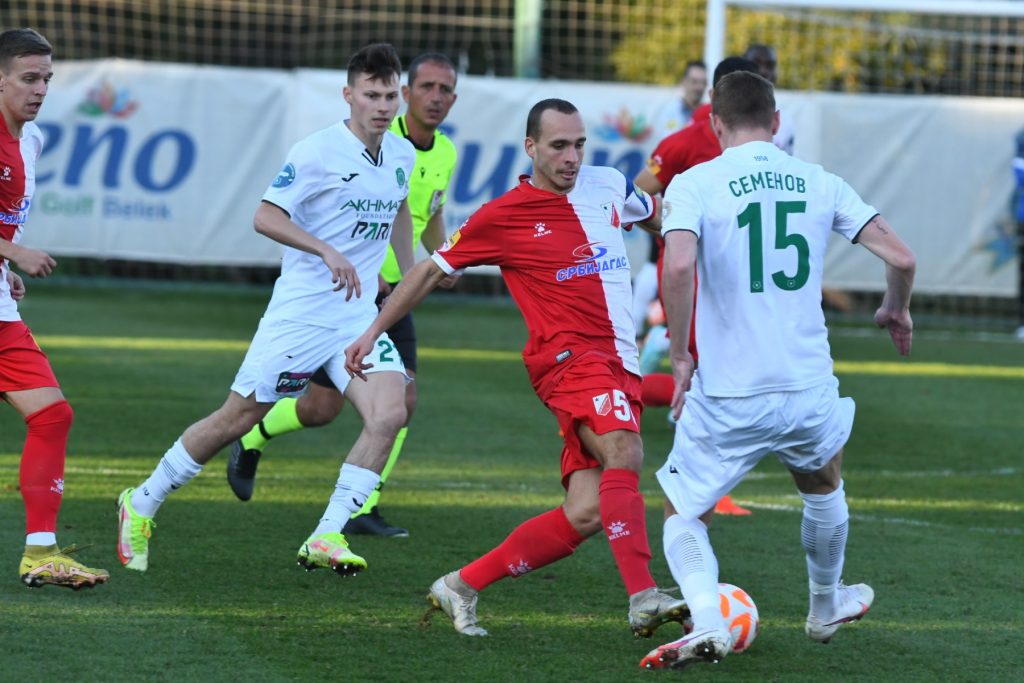 Three minutes later, Vojvodina fully deserved to equalize. Čumić took a corner kick from the left side and shot it all the way to the second post, from where Zukić headed it back in front of the goal, and there Jeličić was in the right place to make it 1-1.

After the tie, Voša shifted into a higher gear and continued to press the rival and create chances. In the next attack, Malbašić returned the pass to Bjeković, who fell in a duel with his keeper, but instead of a penalty, the referee called a foul in the attack.

Another good action followed, a return pass by Baraye for Milosavljević, whose shot from 18 meters was blocked.

There was no change in the results until the end, so Voša recorded a second draw in the preparations in Belek.

Before returning to Novi Sad, Voša will play another control game on Thursday, and its opponent will be Kazakhstan’s Shakhtar.