Skip to content
Home/News/Voša’s victory and return to third place!

Vojvodina defeated Zlatibor at Karađorđe with the result 2-1 (1-0) in the 31st round of the Serbian Super League.

The scorers for Vojvodina were Zukić in the 33rd and Vukadinović in the 77th minute, while the only goal for the guests was scored by Vukić.

The coaches took the following lineups on the pitch:

From the beginning of the game, Vojvodina took the initiative, kept the ball in its possession in the opponent’s half, but the first shots on goal were sent by Simić in the 25th and Gemović in the 28th minute.

Nenad Lalatović’s team’s offensive paid off in the 33rd minute from the first real action. Bjeković centered from the right flank, Zukić received the ball excellently on ten meters from the goal and hit the right corner of the helpless Savić.

Before going on a break, the guests had one attack, however, there was no good shot from the edge of the penalty area, so the goalkeeper Vukliš was without much work in the first half. The dominance of the Old Lady in the first 45 minutes is confirmed by the statistics of five shots on goal, and no attempts by the guests. 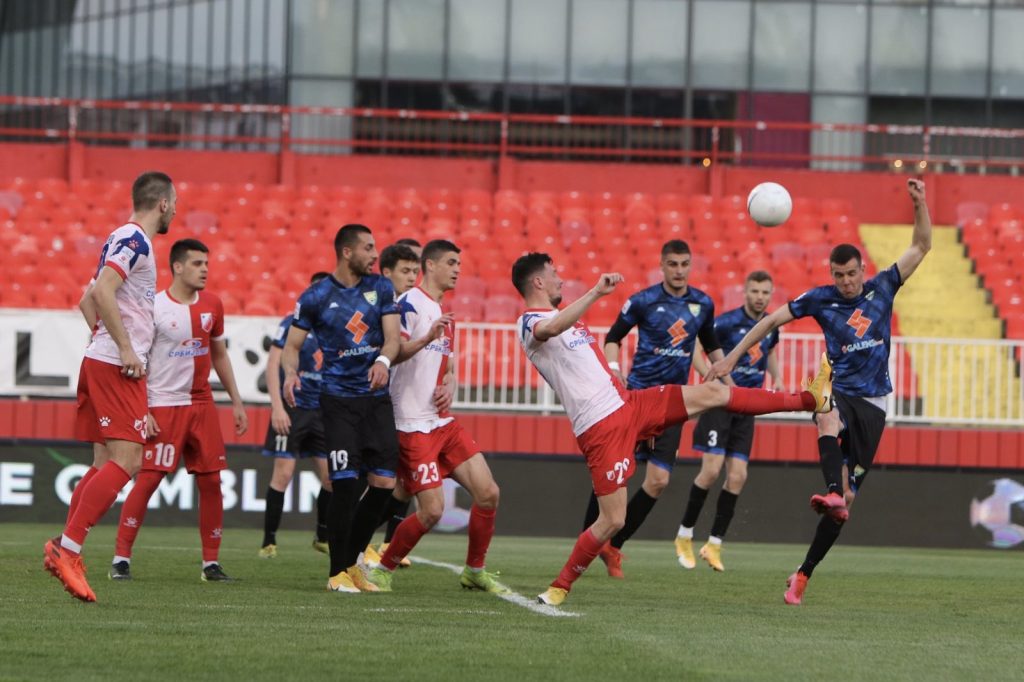 In the second half, the home team continued to keep the ball in their possession and keep the guests away from the danger zone. The tempo of the game dropped a bit, and except for Zukić’s blocked attempt at the end of the game, there was almost no major excitement. Two minutes later, Simić had the most serious attempt after the goal in the first half, but the offensive player of Voša shot over the goal from a good position.

In the 63rd minute, Zlatibor equalized from their first shot into the goal. Vukić accepted the ball diagonally from the right side and defeated Vukliš from the edge of the penalty area with a precise shot from the post – 1-1.

Nenad Lalatović reacted immediately with a change, he introduced Miljan Vukadinović instead of Dejan Zukić and the returnee after a long break, immediately sent a sharp shot through the box, but the ball ended up out of the goal range.

Vojvodina continued to attack, in the 70th minute Simić was in a rush through the middle, Stamenković knocked him down with a fierce tackle and earned a yellow card, but thus stopped the probably dangerous situation in front of Savić’s goal. Simić was soon replaced on the pitch by the young Kabić, which was a sign of an additional offensive, which paid off in the 77th minute.

After a long action and several passes around the Zlatibor penalty area, Stojković hit the post from twenty meters, Vukadinović ran onto the rejected ball and scored for the new lead of the Old Lady.

Until the end, Vojvodina managed to keep the advantage to return to the third place on the table with 63 points won.