Prva Vojvođanska Brigada elementary school in Novi Sad was today the fourth host of Voša’s expedition as part of the action “You are our first love”.

At the beginning of this school year, the football club Vojvodina launched this action, which aims to guide children towards sports and a healthy lifestyle, but also to respect basic sports values, such as team spirit and fair play.

– On behalf of the club, our coach and the players who are here with you, I can say that we are extremely pleased that you are with us today. The upcoming game with Radnički is our last one this year and that’s why we would like you all to come and support our boys. In this very school Prva Vojvođanska Brigada, which is also my primary school, today we are finishing our campaign for this year, so we will continue in the spring. Through these visits to elementary schools, FK Vojvodina has done a lot for the education of children and instilling the right values, such as team spirit and fair play. With this action, we also want to make the stadium Karađorđe a family place for all residents of Novi Sad. We want as many children as possible to join our action, which you will be able to do at the counter in the gym with our promoters. Our wish is that all of you will be happy to come to the stadium with your parents, brothers and sisters and that it will become your family tradition – said the marketing director of FK Vojvodina, Miloš Subotin. 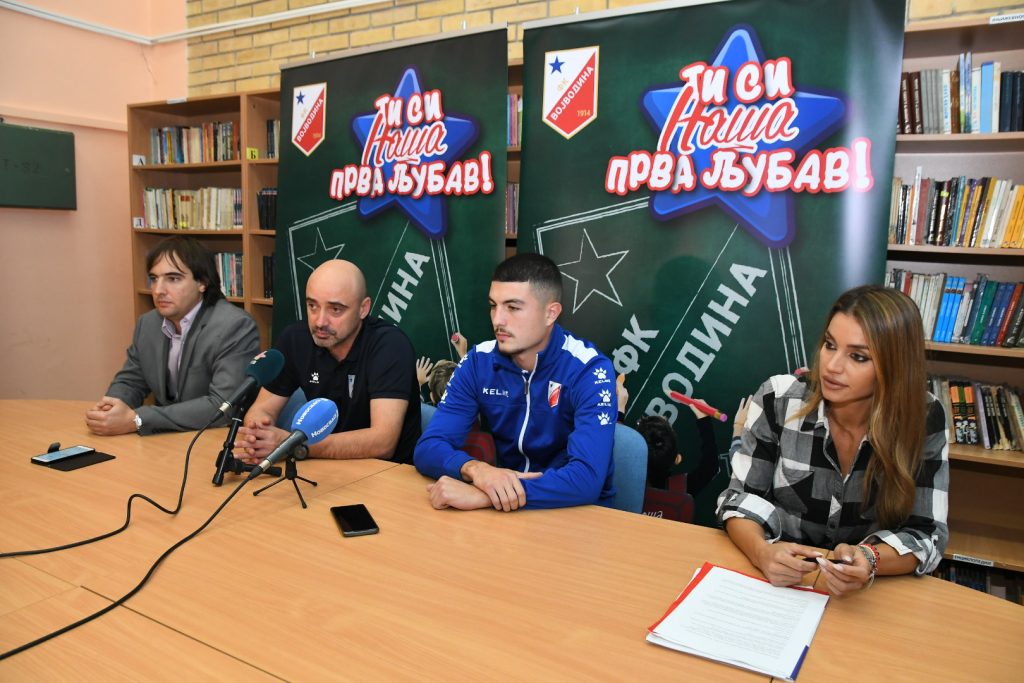 Coach Milan Rastavac pointed out that sport is actually the best preparation for everything that awaits us in life.

– I have to say that I am lucky to have spent my whole life in sports, to live from working in sports. The most important thing in sports is the competitive spirit. Doing sports prepares you for life, for one competition, which is a marathon. It takes a long time, there are ups and downs, there are problems and that is why it is most important to be persistent. And sport prepares you for all that, whatever you choose to do. Sports will instill in you the will and ability to fight through life. Of course, I would like all of you to one day be successful football players, to one day sit here in Vladan Novevski’s seat, who also once upon a time sat in your seat, where you are today. I wish you to become a part of FK Vojvodina, which can be achieved not only as a player, but also as a coach, part of the management and marketing of the club, journalists who follow the team or maybe someone becomes the owner of the club. My conclusion is that sport will help you in all areas of life – said Rastavac.

A former student of this school, Vladan Novevski, underlined how important it is to follow fair play, respect your rival and your teammates.

– I was always taught first and foremost to be a fair play player, to build team spirit and to build my career on that, which I hope will be successful and long-lasting. I was the same as a student at this school. I learned all the same manners at school and from the first day at training in Vojvodina, which is respect for teammates, opponents, and the audience. I believe that it is a matter of home upbringing, when I say “home”, I mean Vojvodina, which is my home and there I learned to be the way I am today. 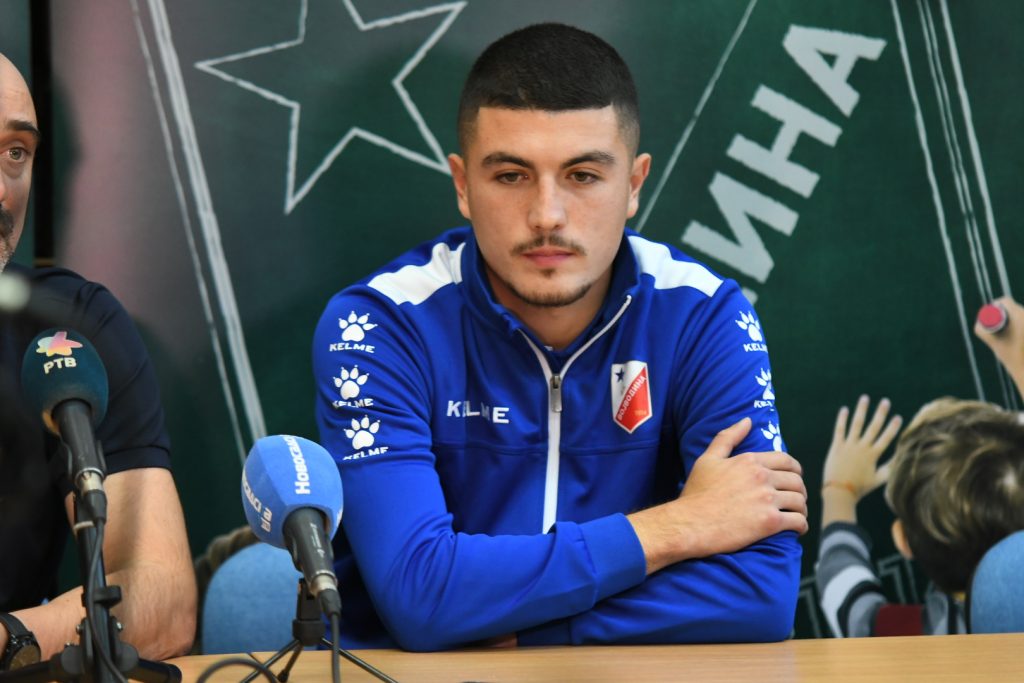 This was followed by interesting questions from the students, and the first one was perhaps wrongly “addressed” to Vladan Novevsky – why is he not on the field, which made everyone present laugh.

– It may not be the right address for that question, but I can say that it is for objective reasons. That’s how it’s been set up since the beginning of the season, the injury also affected it, but there isn’t one correct answer, there are more reasons.

Voša’s first team player also answered how it feels to score a goal.

– Scoring a goal is a wonderful feeling, although I haven’t scored many in my career so far. That’s what every professional football player lives for.

A question followed about who are the biggest rivals of Vojvodina, to which both Novevski and Rastavac answered.

– Our rivals are Red Star and Partizan, but there is also the European scene, where there are also strong opponents and it is difficult to single them out – Novevski pointed out.

– From the first day when we gathered as a team, we pointed out that we are actually our own biggest opponent. We try to improve ourselves a little bit every day, as individuals and as a group. If each of us defeats ourselves a little bit every day, then we will grow as a team. If this process continues, then we will grow enough and we will be able to defeat any opponent. More precisely, it means that it does not matter to us who our rival is, in terms of our work, approach and progress. And I will follow up on the question about what I expect in the second part of the season – I expect us to be much better. We have the feeling that we were that roller coaster that was going downhill, we managed to stop it and start going uphill, and we still have that space to continue growing – Rastavac added. 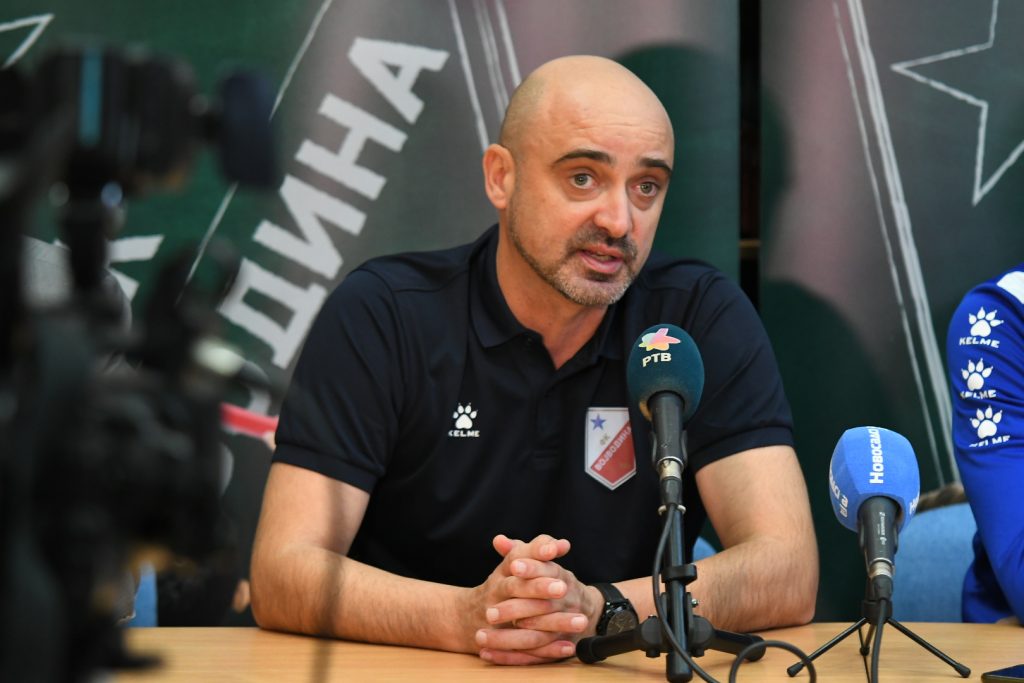 Novevski recalled his first football steps in the schoolyard of the Prva Vojvođanska Brigada school.

– I think I was five or six years old, everything started in the schoolyard, then the first training session at the football school, and then I came to Vojvodina. Voša is my first and only club that I joined as a ten-year-old, and I’m still there today.

Finally, Milan Rastavac answered the question about plans in the winter transfer window.

– It is a cause and effect relationship. To the extent that the players leave, we will strengthen ourselves as a team. It is a process that is inevitable in our football, it happens all the time, in every transfer window, and it is important to be smart in that process, so that after it you come out as a winner from those “transactions”. We are also preparing for that segment, but we will see how it will look, I hope we will be the winners.

After the end of the conference, what everyone was waiting for happened – a game of soccer with goals in the school. During that time, Voša’s promoters distributed Voša’s posters, class schedules, flyers and access cards to the children with which they can join the campaign “You are our first love”, as well as tickets for the upcoming match against Radnički 1923. 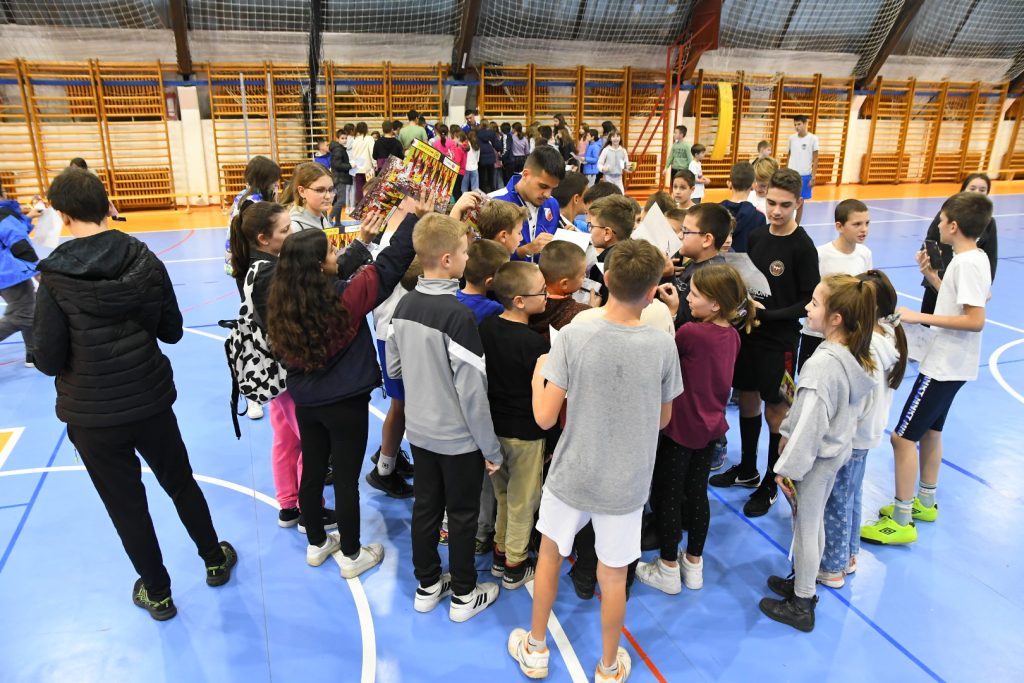 And this visit, which ended the campaign “You are our first love” until spring, took place as a sign of love for the white and red color, with a common desire to hang out more often and cheer on our Vojvodina.

Vojvodina football club uses this opportunity to invite all elementary schools in Novi Sad to contact us and be our guests at the Karađorđe stadium, both tomorrow and at all the games that await us in 2023.