The U21 football team of Serbia drew tonight at Karađorđe with the selection of the Faroe Islands with the result 0-0 in the fifth round of qualifications for the European Championship.

Our guys started offensively from the first minute and by the 17th minute they already had three chances. First, in the 10th minute, Stevanović tried from a difficult oblique position on the left side, and then Tedić shot with his head directly at the goalkeeper of the Faroe Islands. Pantović had the best attempt in the 17th minute when he shot from 20 meters near the goalpost.

A period followed when the Serbian players dominated, but without any serious attempts, while Faroe Islands threatened after the corner kick, but the defense of the Eagles reacted well. In the 37th minute, after a solo break in which he lined up several players, Milosavljević came to a promising position from the edge of the penalty area, but he was blocked. Two more good opportunities followed, and the best was by Eraković, who shot with his head after the corner kick, but the goalkeeper Rejnatro defended very well, just like a minute later when Tedić also tried. 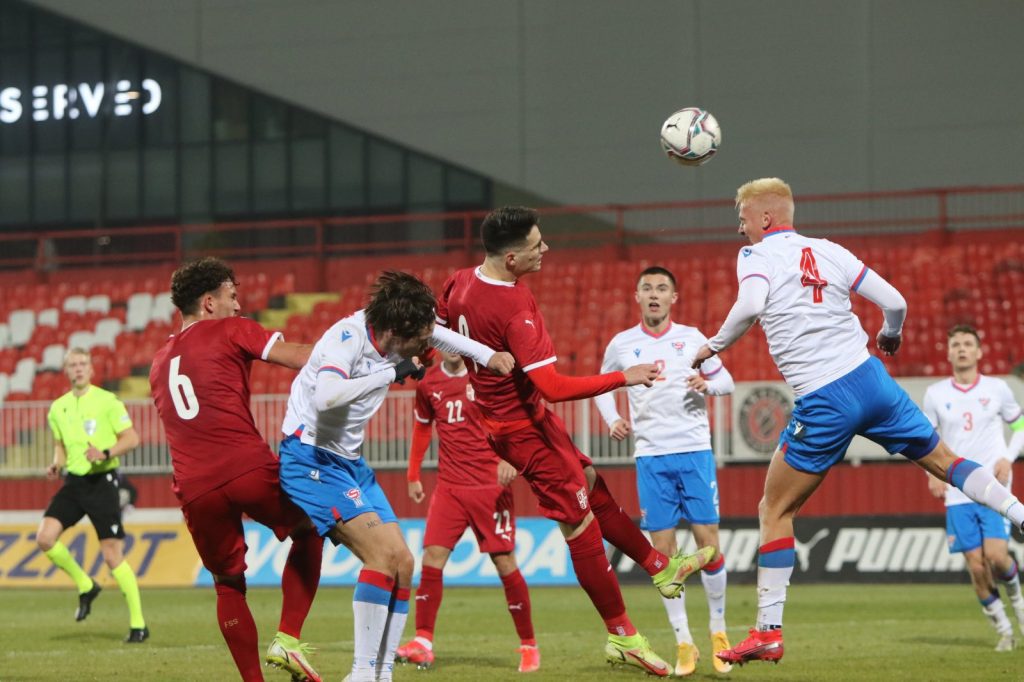 Serbia continued to control the game and to attack in the continuation, and it had the first chance in the 51st minute when Marković shot with his head next to the goal after free kick.

The guests were closest to the goal in the next attack. Johannessen caught a volley from around 15 meters, but the ball went a few centimeters past the goalpost.

Faroe Islands defended very well and showed that they are very good tactically, so the Manager Aleksandar Rogić decided to make a few changes. Stuparević entered first, and then Janković and Đerlek. The next chance followed in the 79th minute, when Tedić tried with his head for the third time, but this time the goalkeeper of the Faroe Islands was on the spot.

There was no change in the results until the end, so after five games played, Serbia has five points won.