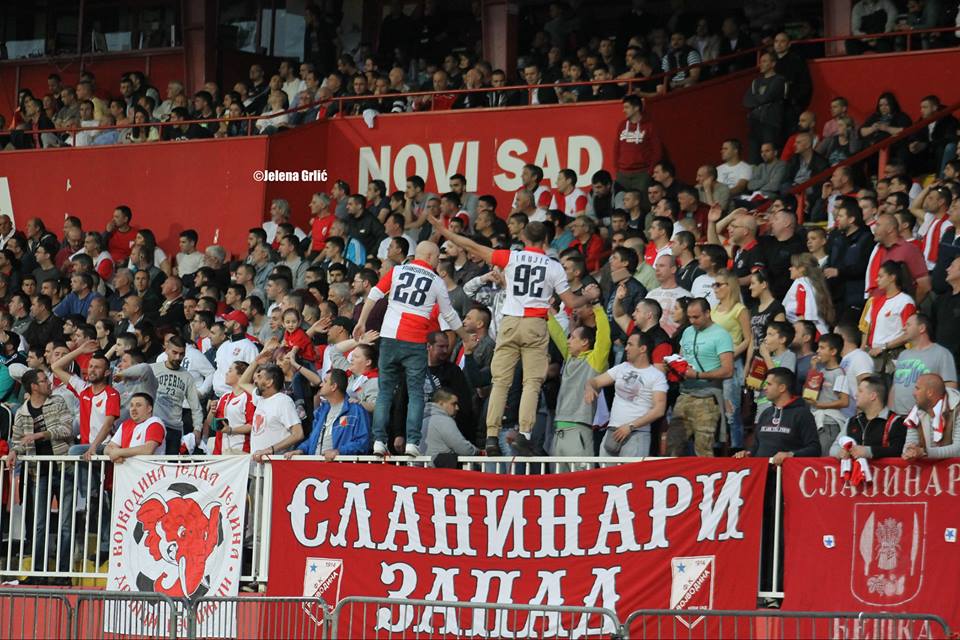 The fan club “Slaninari West” was formed in the second decade of the 21st century by fans who previously followed the games from the northern stand of the stadium “Karađorđe”.

The group is mainly made of fans who spent their youth by supporting Vojvodina across Serbia and Europe, while today they often come to the games accompanied by family, friends and most often children, and by that conveying their love for Vojvodina to the youngest ones, who always were and remained the most favorite guests at the stadium “Karadjordje”.

“Slaninari West” are mostly located in the sector six of Western stand, which is right next to the north side of the stadium. Very often they stand while they watch the games of Vojvodina and cheer together with The Firm, and at the derby and European matches they often raise the entire West stand to their feet and in that way they make a real home atmosphere for Vojvodina players.

Apart from the stadium “Karađorđe”, their love for Vojvodina they often also show by following the club on away fixtures, while before the matches in Novi Sad, they almost regularly gather before the game and come together to the stadium to give their support to the Old lady. 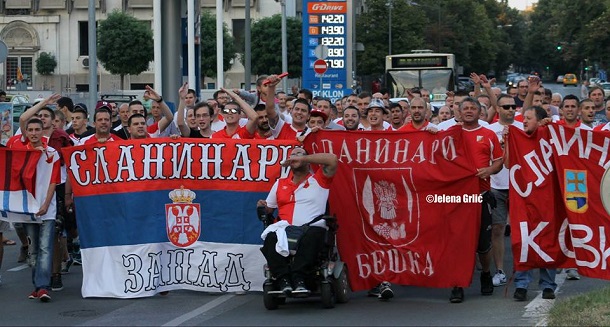