Skip to content
Home/News/Voša better than Javor, the sixth victory of the Old Lady!

Voša better than Javor, the sixth victory of the Old Lady!

Vojvodina beat Javor at Karađorđe with a score of 2-0 in the 12th round of the Mozzart Bet Super League of Serbia.

Vojvodina achieved its sixth victory with an own goal by Đukić in the 23rd minute and a goal by Baraye in the 81st minute.

Vojvodina went offensive from the very beginning, and Čumić was the first to threaten after 15 minutes of the game, but his shot was stopped by goalkeeper Vulić. After that, Malbašić and Đorđević tried from a distance, but without danger for Vulić’s goal.

Voša continued to play in the opponent’s half, but Javor defended well until the 23rd minute when Đukić scored an own goal with a clumsy reaction. Milosavljević took a corner kick from the left side, and the ball hit Đukić at the second post and into the net of Javor for 1-0.

The visiting team first shot towards the goal of Carević at the end of the hour, Dukure picked up a rebound and sent the ball over the goal from 20 meters.

Javor was even closer to the goal in the 43rd minute when Carević boxed the ball to Grabež, who had an empty goal in front of him, but shot over the crossbar from ten meters away.

In the last moments of the first half, Voša had a new chance after a corner kick, this time Jeličić headed his shot past the left post, but there was no change, so the Old Lady went to the break with a one-goal advantage. 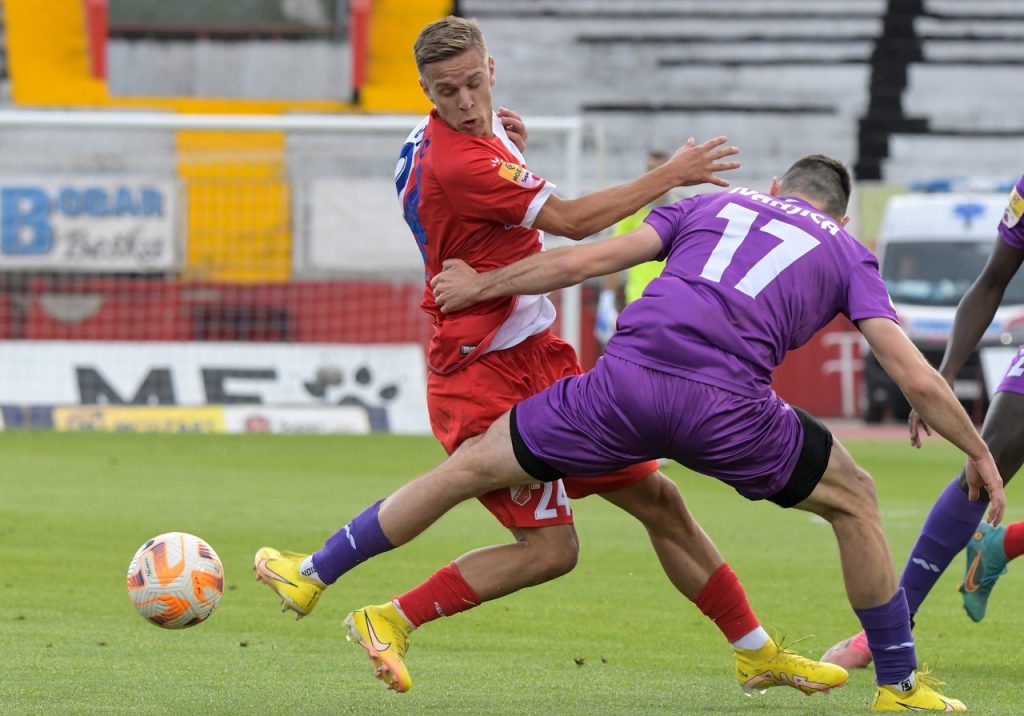 Voša continued to control the game at the start of the second half, but Javor was the one who had the first big chance. Campbell ran behind the defense of Vojvodina, avoided offside and came out alone to Carević, but the goalkeeper of Voša saved his net with an excellent intervention.

Voša retaliated in the 62nd minute, Lazarević made a break from the right side, Nikolić received the ball perfectly and created a position for himself to shoot, Vulić intervened brilliantly and prevented a certain goal.

At the end of the 70th minute, Vulić again saved Javor, Veljko Simić shot under the crossbar from 15 meters, the goalkeeper of the visiting team was again in place.

In the 77th minute, Milan Rastavac made a double change and thereby confirmed the victory, as he introduced Baraye, who scored 2-0 four minutes later. Nemanja Nikolić unselfishly played past Baraye, who pulled the ball to the right and hit the opposite corner from the edge of the box for 2:0.

In the 87th minute, Javor had the best chance to score, Grabež passed on the left flank, reached the box and shot strongly into the first corner, but the crossbar saved Vojvodina.

There was no change in the results until the end, Voša recorded the sixth triumph since the beginning of the season and now there is a two-week break, followed by the derby with Partizan in Belgrade.