Voša without the Cup final this year

Vojvodina did not manage to place in the finals of the Serbian Cup, as it lost to Partizan today at Karađorđe with the result 0-1 (0-1).

The scorer of the only goal was Svetozar Marković in the 11th minute.

Coaches Nenad Lalatović and Aleksandar Stanojević took the following lineups on the pitch:

Partizan opened the match better, played aggressively on the last line of Vojvodina and prevented the home team from playing in the opponent’s half. Natho had the first chance in the game, the Partizan midfielder shot from 30 meters, the ball went through the hands of goalkeeper Vukliš and ended up in a corner. Partizan took the lead five minutes later, Natho was fouled diagonally from the right side, although the home players and the coaching staff did not agree with such a decision, Jojić made a break, and Sveta Marković scored with his head for 0-1.

Vojvodina played better after conceding a goal and had the first chance in the 15th minute when Saničanin hit the ball with his head, but the ball went past the post. Partizan had the next two chances after Jojić’s free kicks, in the 26th minute Vujačić first tried with a header, and after a corner kick in the same minute, Lazar Marković shot over the goal. By the time they went on a break, Vojvodina managed to shift the focus of the game to half of Partizan, but the guests defended well and in an organized manner, the real chances were missing, so the result remained unchanged. 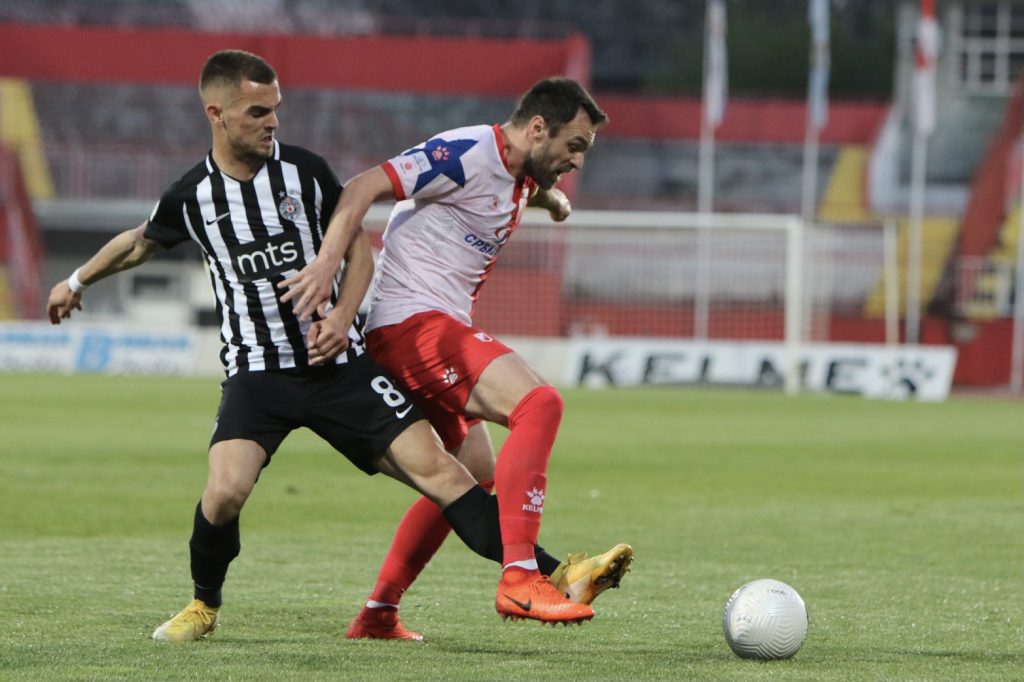 The coach of Vojvodina, Nenad Lalatović, made the first change at half time, Vukadinović replaced Gemović, and in the 50th minute, he had a great run on the left flank, returned the ball through the box, but Vladimir Stojković prevented a bigger chance. Partizan then threatened for the first time in the 55th minute when Asano passed the ball to Marković, and he hit the outside of the net. Vojvodina retaliated in the next attack, Čović took a shot, however, insufficiently precise from 16 meters, and then Aranđel Stojkovic also tried from a distance, but without any success.

At the end of the hour of the game, Čović had the best chance in the game, he was the highest in the air after Drinčić’s corner, but Vladimir Stojkovic defended his attempt very well. Vojvodina continued to dominate, so Partizan coach Stanojević decided to take Ivan Obradovic instead of Urošević and Saša Zdjelar instead of Lazar Marković, while soon Lalatovic responded with a new offensive change with the entry of Simić instead of Bojić. Partizan played better after the changes, and Jojić had the next dangerous attempt from a free kick from 25 meters in the 76th minute, the ball went over the bar, and two minutes later Šćekić also tried, but Vukliš was on the right spot.

In the 82nd minute, Partizan had the best chance in the second half, first Jojić tried, and then Asano ran onto the ball, but the ball ended up next to the goalpost. At the finish of the game, Lalatović announced a total offensive by introducing Maksimović and Topić instead of Saničanin and Aranđel Stojković, but the guests managed to save the net and place in the finals.