Skip to content
Home/News/Kabić’s mastery for the minimum and the third round of the Conference League!

Kabić’s mastery for the minimum and the third round of the Conference League!

Vojvodina advanced to the third round of qualification for the Conference League, as it beat Panevezys 1-0 tonight.

The only goal was scored by Uroš Kabić in injury time.

In the first match seven days ago, Voša won 1-0 as a guest, so it went further with the overall result of 2-0. Voša’s rival in the next round will be the Austrian LASK.

The coaches took the following lineups on the field:

Vojvodina was the first to threaten, already in the fifth minute. Čović found Simić on the left wing, he returned the ball in front of the goal, but Januszewski slipped in at the last moment and kicked the ball into the corner kick. Vojvodina continued to attack, so after a new action on the left side, Čović sent the first shot into the goal from 18 meters, but the goalkeeper Golas was on the spot.

Panevezys threatened for the first time in the 22nd minute and was very close to the lead. After a cross from the right flank, Eliosius was left alone on the second post, but he shot with his head a little next to the post. Before going on a break, Vojvodina had another solid opportunity. Čović shot first, then Busnić tried too, but he sent the ball over the goal from 18 meters. Panevezys threatened again in the 40th minute, but Flora’s attempt from the edge of the penalty area was easily caught by Nikola Simić. 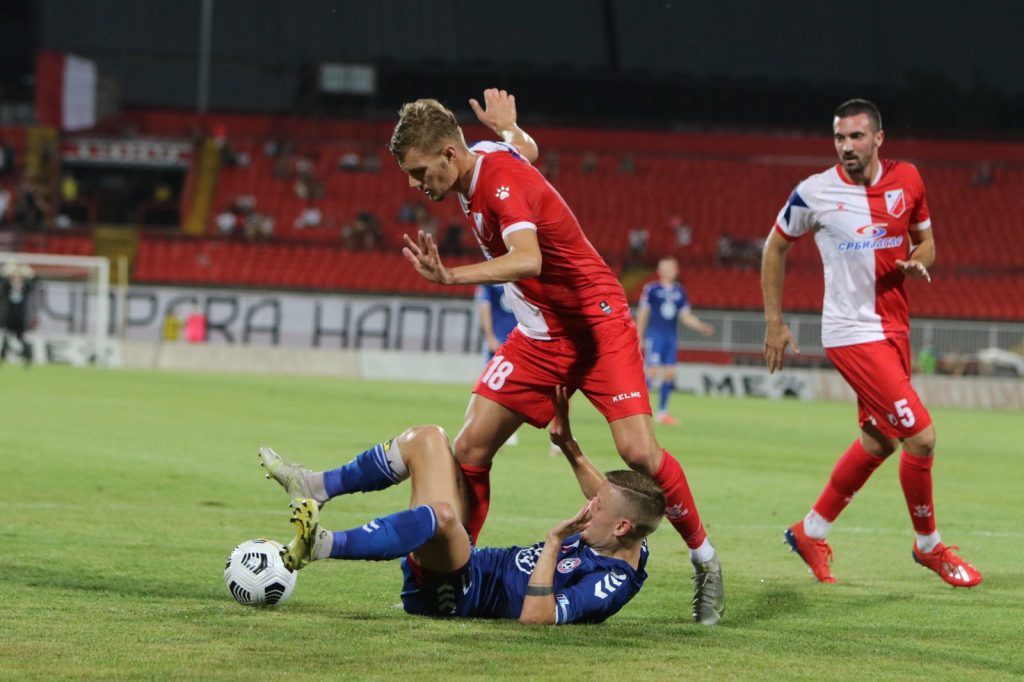 As soon as the second half started, after 30 seconds, Vojvodina had the best attempt. Simić entered the middle from the left side and shot in the first corner, but the goalkeeper Golas bounced the ball into the corner kick. Already in the 50th minute, seriously threatened the visiting team. Kružikas received the ball on his chest and made a position to test Simić, who was safe again.

In the 52nd minute, a new excitement in front of Panevezys ‘goal. Cucin ran excellently on the side, sent a sharp cross into the box, goalkeeper Golas intervened, and the guests’ defender kicked the ball into the corner kick. In the 62nd minute, Čović was in the center of attention again. He tried attractively after Cucin’s cross, but it was a difficult position to seriously threaten Golas.

After the 65th minute, Panevezys went on the offensive, Kozoronis and Kružikas tried from a distance, while Voša threatened from the counter and in the 71st minute Zukić was left alone at 10 meters, but he missed the ball and missed the best opportunity for the lead of the Old Lady. 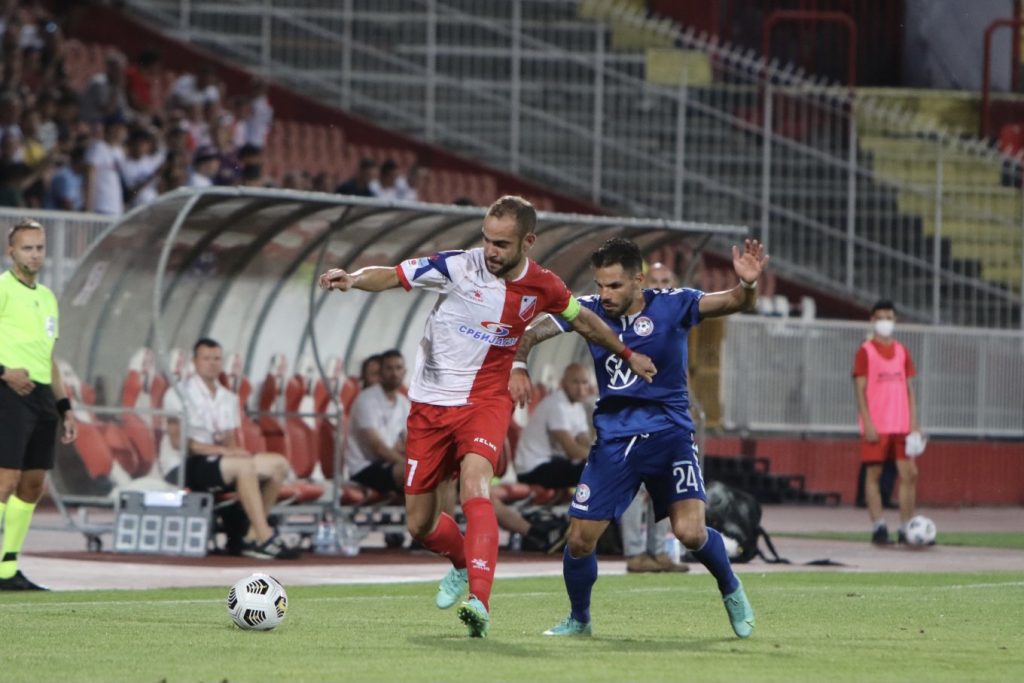 In the last ten minutes, Panevezys shifted the focus of the game to half of the hosts, Elivelto sent another shot from distance, but Simić was safe again. And in the 88th minute, the goalkeeper of Vojvodina stood out, Elivelto shot dangerously from 18 meters, and Simić send the ball to the corner kick. After the cross from the corner kick, a new danger in front of the goal of Vojvodina was seen, as the ball ended up over the goal. In injury time, it was played in front of the goal of Vojvodina. Jankauskas shot over the crossbar, and then Nikola Simić suffered a knee injury in a duel in front of the goal, but he managed to continue the match.

In injury time, Panevezys had three chances in one attack, after a corner kick, but then in the counter Uroš Kabić dragged the ball over 50 meters, and then in the style of the grandmaster lobbed the goalkeeper for 1-0 and a great victory of the Old Lady.

Next Thursday, Voša will host the Austrian LASK in the first match of the third round of qualifications for the Conference League.