Vojvodina defeated Mladost at its stadium with the result 3-1 (2-0) in the 18th round of the Serbian Super League.

The scorers for Vojvodina were Dejan Zukić in the 31st minute from the penalty spot and Miljan Vukadinović in the 32nd and 77th minute, while Jovanović scored for Mladost in the 67th.

Before the start of the match, the president of the Veterans’ Section and a member of the first champion generation of Vojvodina, Vasa Pušibrk, handed the Old Lady football player Novica Maksimović a framed red and white jersey with the number 100 on the back, considering that Maksimović, in the recent match against Partizan, became a 100th player in the history of the club with at least 100 games played for Voša. 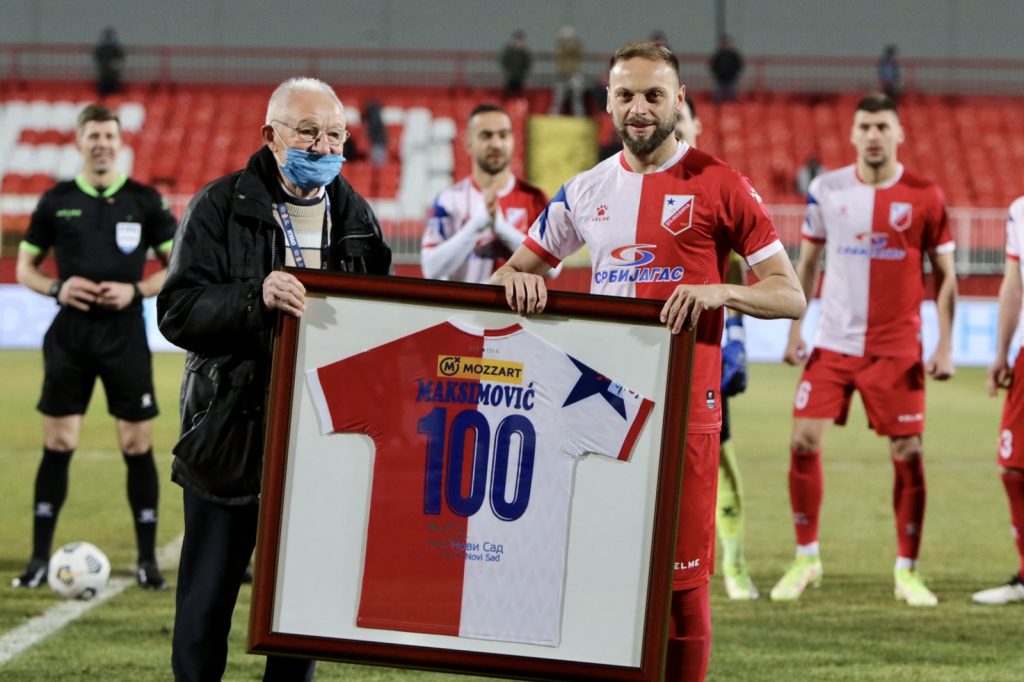 Voša was supported in this match by her celebrated former players and former national team players Milan Jovanović and Miloš Krasić, as well as another former player of Vojvodina Marko Jovanović, who, accompanied by club president Dragoljub Samardžić, watched the match from the VIP box of the Karađorđe stadium.

Mladost started offensively and aggressively, but Vojvodina had the first chance, when Vukadinović shot directly into the goalkeeper from a distance in the fifth minute.

In the 12th minute, Čović shot with his head after Kovačević’s cross, and then at the end of half an hour of the game, Voša deservedly took the lead. Mićević blocked Vukadinović’s shot with his hand, and the referee pointed to the white dot. Dejan Zukić was a reliable performer of the most severe punishment.

As soon as they started from the center, the home team made a mistake in the defense, and Veljko Simić cut the ball very well and passed it to Vukadinović in time, who lobbed the goalkeeper for 2-0. 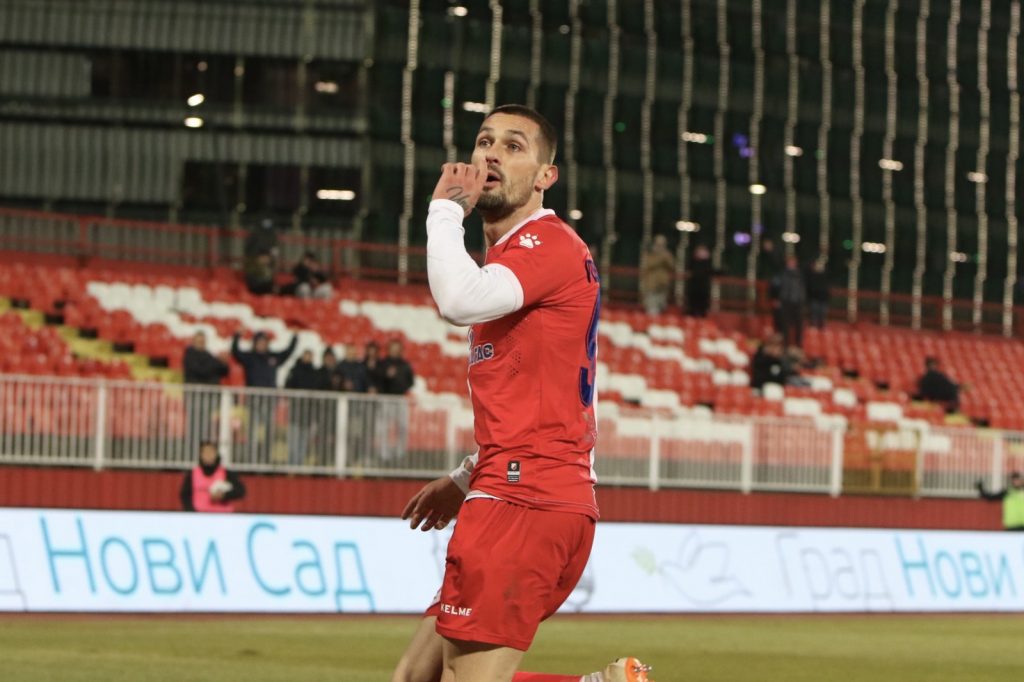 Mladost threatened for the first time in the 37th minute, when Mićević shot over the goal from the edge of the penalty area, and in the 43rd minute, Danoski missed a 100% chance, when he shot from ten meters next to the goalpost.

Mladost took the initiative in the second half, but the defense of Vojvodina worked very well in several situations. The defense of the Old Lady blocked two or three solid attempts of the visiting team, but in the 67th minute, Mladost equalized.

After a well-coordinated action from a free kick, Jovanović escaped next to the wall and, after Cvetković’s assist, hit the far corner for 2-1.

Although the next minutes belonged to the guests, Vojvodina performed one of the best actions this fall for 3-1 in the 77th minute. Simić played a double pass with Mrkaić in the middle of the field, dragged the ball about twenty meters, and then returned the pass to the attacker of Voša, who selflessly connected Vukadinović with an empty goal for 3-1.

There were no serious chances until the end, except that Simić stopped Bojović’s shot in the injury time, and then Kostić stood out on the other side after Veljko Simić’s attempt.

Vojvodina kept the advantage and beat Mladost for the second time in the period of five days, so the Old Lady remained fourth with 29 points won.