Voša defeated in the derby

Vojvodina lost away from Red Star with the result 1-0 (1-0) in the 34th round of the Serbian Super League.

Red Star came to victory with an own goal by Siniša Saničanin in the 13th minute.

Coaches Dejan Stanković and Nenad Lalatović took the following lineups on the pitch:

As soon as the game started, Vojvodina had two solid attempts, first Vukadinović shot from 18 meters, Borjan defended, Zukić ran onto the ball, but his shot from ten meters was also stopped by Red Star goalkeeper.

The home team took the lead from the first serious action, Gajić centered over the ground from the right flank, and Saničanin, wanting to block the ball, hit his own net for 1-0.

A somewhat calmer period of the game followed, Simić easily stopped the attempt of Red Star’s midfielder Nikolić from a free kick, and then the goalkeeper of Vojvodina caught the ball in front of Ben. Vojvodina fought back in the 28th minute after a nice action on the left side, Đorđević returned the ball in front of Red Star’s goal, but Sanogo prevented a goal opportunity for the away team. Vojvodina had a great opportunity in the very finish of the first half, Đurić centered, and Bojić shot with his head, but the ball went next to the goal post. 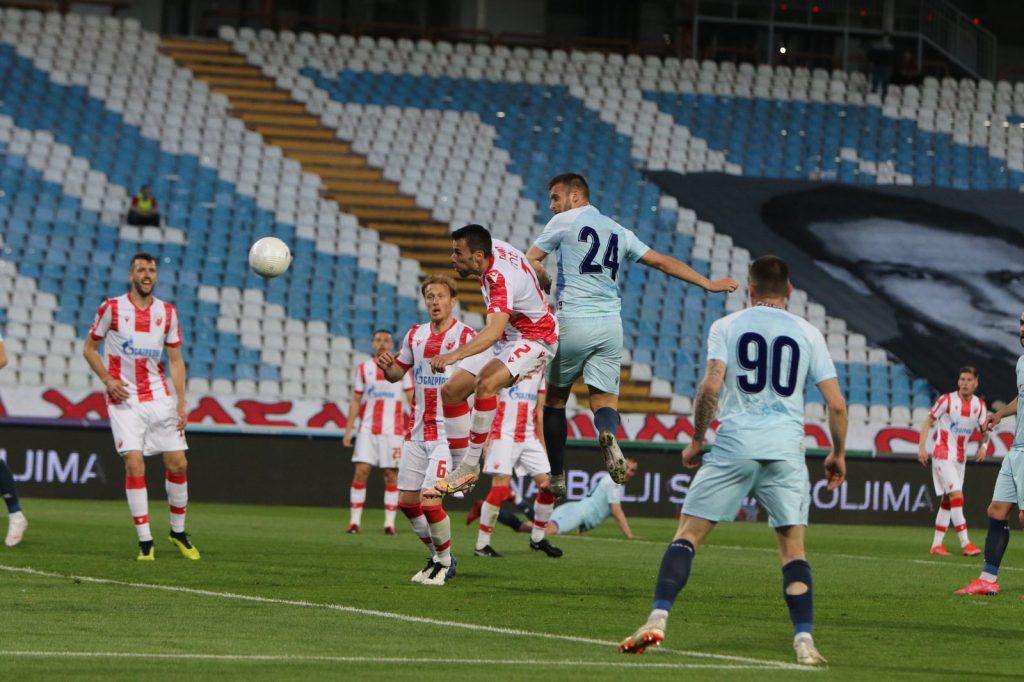 At the start of the second half, Nenad Lalatović made a double change, Veljko Simić and Gemović replaced Čović and Zukić, but the home team took the initiative and had two chances. In the 51st minute, goalkeeper Simić stopped Ivanić’s shot, and then Milunovuć shot over the goal with his head after a corner kick.

At the end of the hour of the game, Vojvodina was left with a player less, Đurić stopped Nikolić with a sharp tackling, and the referee showed the defender of the Old Lady a direct red card. After that, changes followed on both sides, in the away team Stojković replaced Bojić, while Srnić came in instead of Nikolić, and soon Lalatović put Maksimović instead of Topić, and Stanović introduced Vukanović and Kanga instead of Petrović and Ben. The real chances were missing, and then in the 77th minute, Vukadinović’s shot was stopped by Borjan, and in the injury time, Mrkaić had a header, but the ball went out of the goal range.

After this defeat, Vojvodina fell to fourth place in the table with 66 points.